Trust20 Food Handler Training Certificate has been removed from your cart.

5 Food Safety Fails (and the Best Ways to Avoid Them) 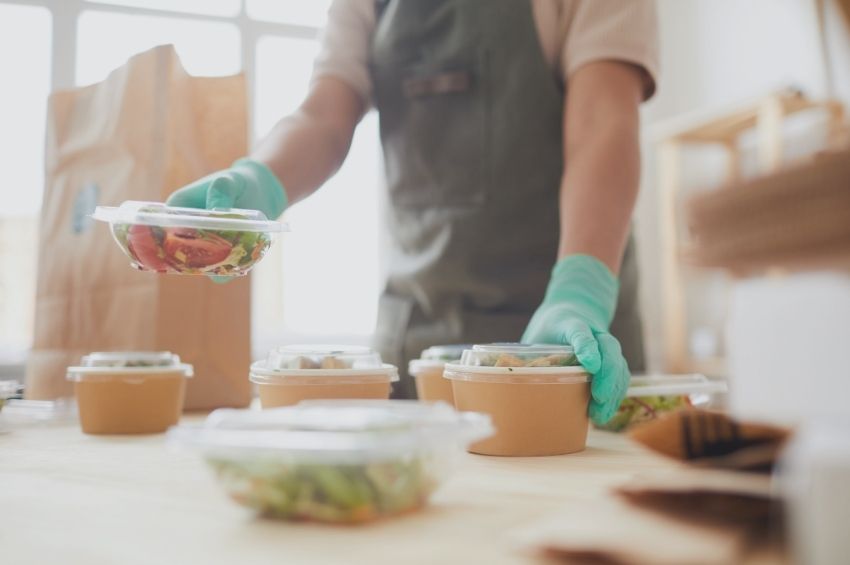 Whether it’s at a restaurant or at home, food safety is no joke. It only takes a small mistake to greatly increase your risk of contracting a foodborne illness. According to the CDC it is estimated that foodborne illnesses make 48 million people sick each year – resulting in 128,000 of those people being hospitalized and 3,000 deaths. While you can’t always control how food is handled before it reaches your  kitchen, restaurant workers well trained in food safety can reduce cross contamination of food with harmful bacteria (like Salmonella) and minimize the chances of causing or encountering food poisoning.

Let’s take a look at five food safety fails that made the news in recent years, and explore how you can avoid making similar mistakes:

Jack In The Box
In 1993, the Washington State Department of Health launched an investigation into Jack in the Box due to high instances of hemolytic uremic syndrome (HUS) among Seattle-area children. The source of the illness was traced back to E.Coli bacteria that had contaminated hamburger patties sold at area locations. The bacteria sickened over 700 people and led to 171 hospitalizations and four deaths. Ultimately 73 of the chain’s locations were linked to one of the most infamous E. Coli outbreaks this country has ever seen.

The Fail: Not Cooking Meat Thoroughly

The Fix: Most foods require cooking to a minimum safe temperature to ensure that they are prepared correctly. Make sure you check your dishes with a regularly calibrated thermometer to ensure you are cooking food to its proper (safe) internal temperature.

‍Cracker Barrel
A Tennessee jury ordered Cracker Barrel to pay a man 9.4 million dollars after the company served him a glass of a chemical cleaning agent in what was intended to be a glass of water. The incident took place in 2014 and the chemical in question, a product called Eco San, left the man with damage to his mouth and esophagus.

The Fix: Chemicals and cleaning products should always be clearly labeled and stored away from all food and food contact surfaces.

Sizzler
Sizzler restaurants in Wisconsin made news in July 2000 when hundreds of people became ill due to an E.Coli outbreak. The culprit? Employees cross contaminated fresh watermelon with raw sirloin tips and chunky taco meat. Dozens of people were hospitalized and one child died as a result of this outbreak.

The Fix: Always keep raw meat separate from any ready to eat food items. It’s essential to use separate utensils and cutting boards for raw items and to make sure you clean and sanitize your equipment between each use.

‍Chi-Chis
In late 2003, over 650 confirmed cases of Hepatitis A were linked to the consumption of contaminated green onions that were either raw or undercooked at the Beaver Valley Mall Chi Chi’s. There were over 9,000 people impacted, including employees and patrons. Four people died as a result of this outbreak of Hepatitis A.‍

The Fix:  Be sure to keep raw and uncooked food items separate from the prepared items.

‍Federico’s
In 2003, at least 94 people fell ill after eating at a single Federico’s restaurant in Litchfield Park, AZ. No employees reported being sick at the time of the occurrence and it is believed that contaminated lettuce from a small, highly contaminated shipment was the source of the E.Coli outbreak.

The Fix: It is important to ensure food shipments arrive in the right condition and at the right temperature. Do not accept any broken or leaking packages and make sure you are testing all TCS foods before storing them in your refrigerator.

As you now know, the consequences of foodborne illnesses are serious – even though some people think the worst of it is an upset stomach. These five food safety fixes can help food handlers protect themselves as well as their customers. Remember, foodborne illnesses are preventable and you can easily avoid these (and other) #foodsafetyfails with proper food handler training.

We appreciate you reaching out. Your message has been received and a Trust20 representative will get back to you shortly. In the meantime, please check out our blog or if you have questions about the Trust20 Food Handler Certificate, visit our FAQ page!

Close
Oops! Something went wrong while submitting the form.